Please login and add widgets to at least 2 of the 5 footer widget areas.

Jenelle has been employed by Southern California Edison since 2008, and has held the position of Local Public Affairs Region Manager since March 2010. Jenelle is responsible for the cities of Newport Beach, Costa Mesa, Fountain Valley, Huntington Beach, Westminster, Seal Beach, Cypress and Los Alamitos. In addition, Jenelle currently serves on various Boards of Directors, including Foundations for Golden West and Cypress Community Colleges, and the Huntington Beach, Costa Mesa and Cypress Chambers of Commerce. In 2013, Jenelle received Southern California Edison’s J.K. Horton Humanitarian Award for exemplary acts of citizenship or service under emergency conditions.

While attending Cal State Long Beach, Jenelle completed an internship with Congressman Dana Rohrabacher’s District Office in Huntington Beach. Then, after receiving her B.A. in 2005, she joined the staff of Congressman John Campbell in 2005 as Deputy Press Secretary, Field Representative and Immigration Caseworker. Graduating from CSULB with honors in December 2010, Jenelle holds an M.S. in Public Policy and Administration.

Megan Ashley Rodriguez is the Director of Special Projects for GOPAC, a national organization dedicated to educating and electing a new generation of Republican leaders. Megan served as Political Director of the organization from 2011-2012.

Prior to her return to GOPAC, Megan was at Communications Lab, a marketing and communications firm based in Orange County, CA where she handled a diverse portfolio of clients that includes the Orange County Taxpayers Association, Anaheim Councilmember Kris Murray, and Dimiya.

Her political involvement dates back to her college days where she served as the Executive Director of the California College Republicans, the statewide Chair of Students for Carly Fiorina, the Editor in Chief of Moxie, and the Southern Region Chair of California Students for McCain. Megan was also an intern for Congressman David Dreier.

Ms. Rodriguez is pursuing her Master of Business Administration at the University of Southern California’s Marshall School of Business. She is a graduate of the University of California, San Diego with a Bachelor of Arts in Political Science/International Relations and a minor in History. Megan currently resides in Newport Beach, CA and is a native of Los Angeles.

Azad Jane Metcalf currently serves as District Director for Assemblyman Jim Patterson in California’s 23rd Assembly District. She earned her Bachelor of Arts degree in political science from Fresno Pacific University. She is a first generation Armenian American who was taught the value of a democratic system of government from an early age. Her husband Scott, is a small business owner and web developer. Together they have two little girls, Addisyn and Felicity. 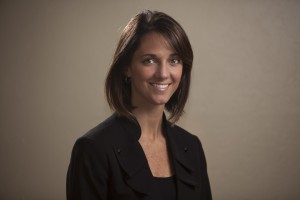 Casey Lucius is a Professor of Theater Security Decision Making at the Naval War College located in Monterey, California.  She earned a Ph.D. in Political Science from the University of Hawaii and a Masters of Arts from the Naval Postgraduate School.  Her studies focused on Vietnamese and Chinese political decision making processes.   Dr. Lucius also served in the U.S. Navy for seven years, including three years at the Pacific Fleet Headquarters.  She lived and worked in Hanoi, Vietnam where she served at the U.S. Embassy and taught classes at the Hanoi University of International Studies.

Casey has volunteered on the Pacific Grove ADA Compliance Board and the Traffic Safety Commission.  She also works with the Pacific Grove Library Advisory Board, the Natural Resources Commission, and is a board member on the Fort Ord Reuse Authority.  She was elected to the Pacific Grove City Council in 2012.  She is married to a retired Marine and they have a five-year old son.